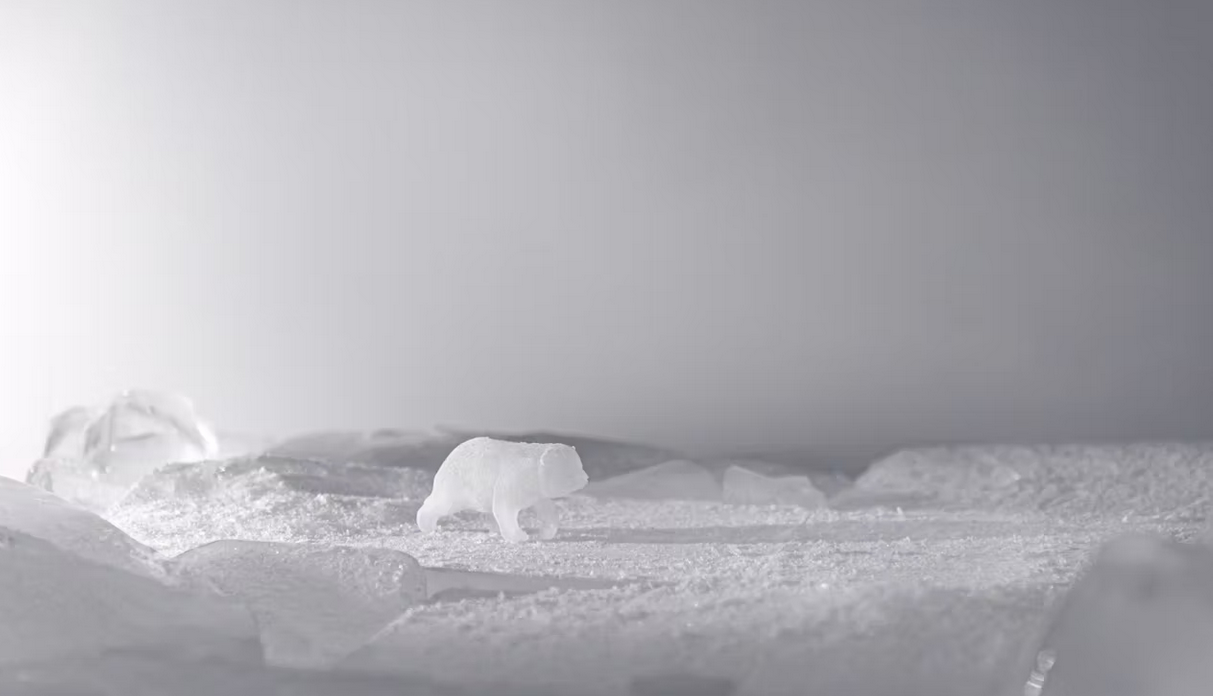 WWF – We Can’t Negotiate the Melting Point of Ice

We follow the story of a young polar bear which tries to survive in the increasingly melting Arctic environment. In the film, as in real life, Arctic sea ice is melting quickly “changing the Arctic ecosystems forever, causing destruction around the planet.” This is a stark reminder that world leaders need to act now.

We used an innovative combination of 3D-Printing, Mould-Making, and Ice-sculpting to create 500 unique polar bear ice-sculptures that were then used to create the stop-motion animation. More than 1000 liters of ice were used to create the polar-bear sculptures and environment. The film, which took a year to produce, was created by NOMINT co-founder Yannis Konstantinidis, in collaboration with Marcos Savignano and Jua Braga, with music by Ted Regklis.