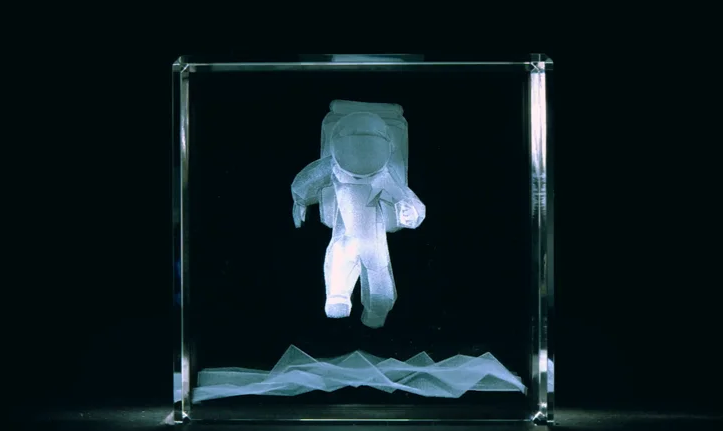 We saw tourists buying personalised crystal engravings of their pets by Brighton Pier. And it got us thinking. This process, called Sub Surface engraving, shines two laser beams at a cube, disrupting the crystal and creating a 3D image built from thousands of dots. Then we started thinking about how we could animate the cubes. The astronaut’s run cycle was created in low poly 3D to react perfectly to the light hitting the interior surfaces. In total, 24 individual cubes were created, with each cube housing one frame of the cycle. We shot the cubes in the studio, using macro camera lenses and different lighting set-ups. We stitched the shots together into the final animation and turned to our friend Howard to create the otherworldly soundscape.